The most beautiful churches in St. Petersburg

Come with us to some famous, historical and beautiful churches and religious places in St. Petersburg

The following is the List of The most beautiful churches in St. Petersburg 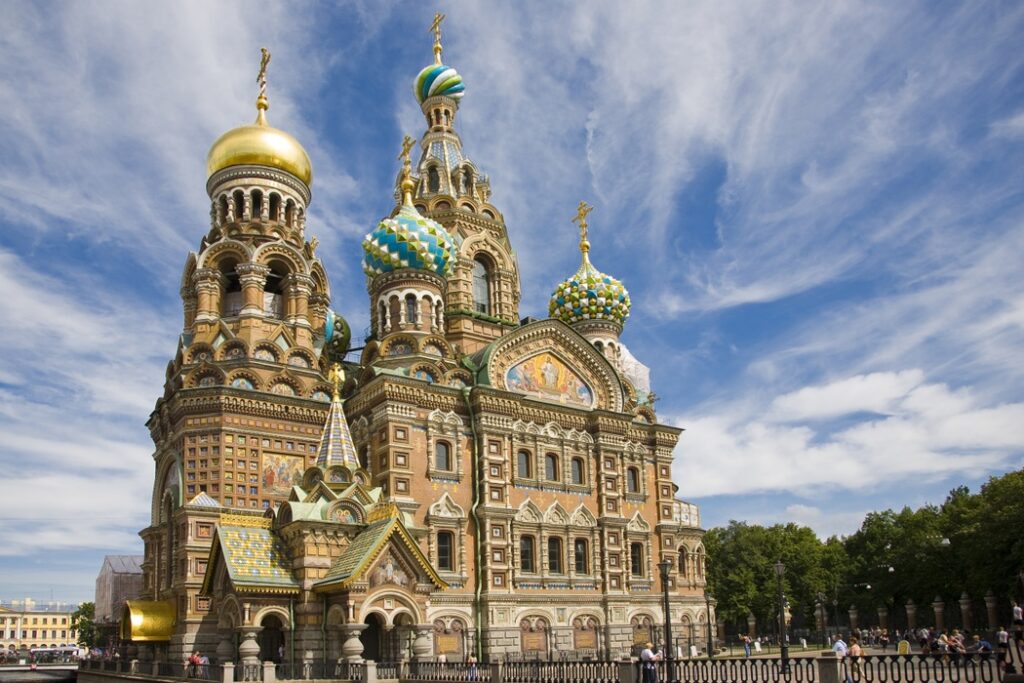 This famous church is located right behind the main street in Nevsky Prospekt, which was built in the early twentieth century and is the site of the site where the emperor Alexander II died in 1881. Many of the city’s buildings have Baroque and neoclassical architecture, and the church has taken a different approach and been built in the style of medieval Russian architecture. The decorations of this church, its walls and ceilings have been designed with special elegance and in their construction, a collection of colorful mosaics has been used, which cover an area of ​​approximately 7500 square meters, and finally, scenes from the Bible are shown. Give. Many consider this collection to be the largest mosaic collection in the world. The interior decoration of this church has been designed by some famous Russian artists. It is impossible to go to St. Petersburg and not visit this church. 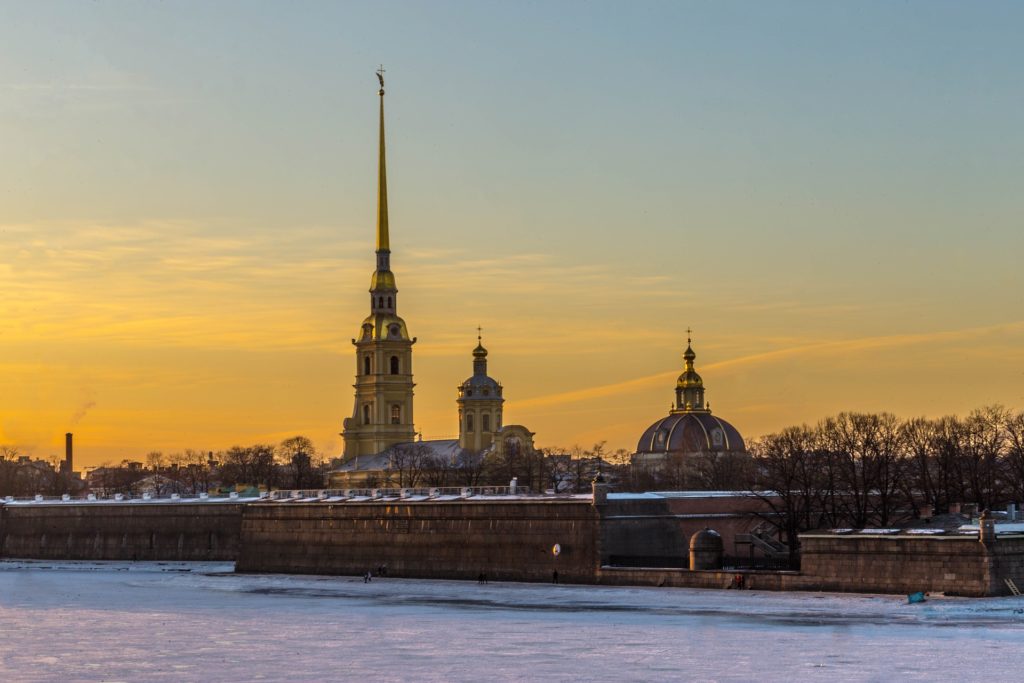 Peter and Paul Fortress is one of the symbols of St. Petersburg, which is no less important than the famous St. Isaac’s Cathedral, but is often overlooked by visitors. This fort, which was once a military defense base, is actually the birthplace of this city. The church inside the fortress was designed and built in the Baroque style by an Italian architect. The design of this church also uses a bit of Western European church architecture, such as square shapes, tall towers and domes. Inside the church there is a large hall with a nave and corridor, which is the usual style of architecture of Orthodox churches. The arches are painted with colorful watercolors and have gold and white plaster that gives it a special splendor. The church has 12 wide windows that give a special atmosphere and harmony to the interior of the church.

The best museumsIf you click on this link, you will redirect to:
FoodMag.ca
Check out the Cooking Tips on the FoodMag.ca : Best Oktoberfest Beer brands

Kazan Cathedral, also known as Our Lady of Kazan, is a Russian Orthodox church designed by St. Peter’s Cathedral in Rome. However, due to religious differences, the Russian Orthodox Church opposed the plan to build a Catholic cathedral in Russia. However, the plan was supported by the royal family, and its designer was able to demonstrate the idea. The interior of the church is very large and full of various sculptures and symbols made by the best Russian artists of the time. One of the things that attracts the most attention to this church is the bronze doors, which are copies of the original baptistery doors in Florence, Italy. This cathedral is built in the style of the Imperial, reminiscent of the temples of the Roman Empire. The Kazan Church is the first religious building in Russia to have a completely European design, from its architecture to its interior design and the sculptures and paintings it houses. 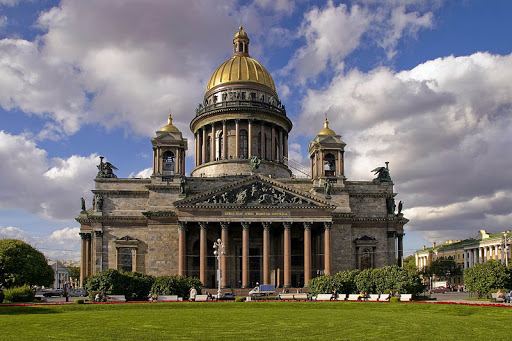 St. Isaac’s Cathedral is one of the most prominent examples of 19th century neoclassical architecture. The exterior walls of this beautiful structure are made of gray and pink stone and 112 red granite columns are built around the church. The dome of this church is decorated with pure gold and twelve statues of angels. After the defeat of the Communists, the church was reopened as a museum for public viewing, while some people still worship inside the church on the left. 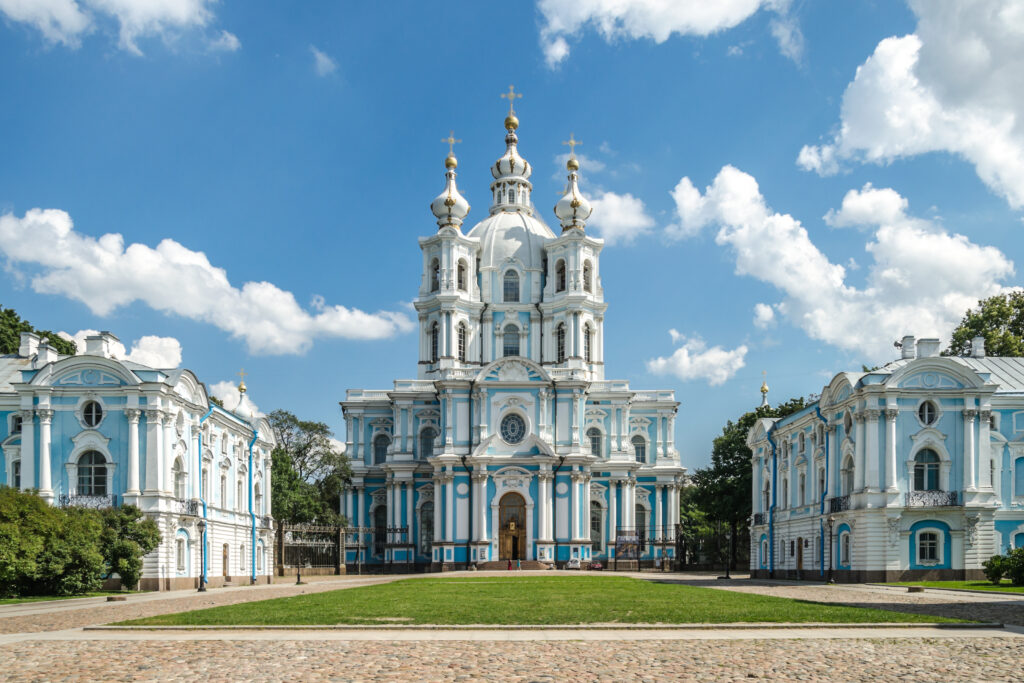 This church is one of the most charming churches in St. Petersburg. The beauty of this church is unparalleled at sunrise and sunset, when the sun shines on the blue walls and its domes, it gives it a special glory and splendor. Built by an Italian architect in 1748. The purpose of building this church was to attract the attention of Queen Elizabeth the Great, who died before the completion of the work of this church, which caused the work of this church to remain unfinished. But before the church was completely destroyed, in 1835 another Italian artist and architect revived it and continued to build it. The entrance of the church is designed with a magnificent semicircular iron fence and the stairs leading to the altar are decorated with crystal railings. Its walls and columns are also made of white marble. The Russian Revolution gave the Semolina Church another chance to be considered a religious building, before which its interior had been severely damaged and closed for several years. 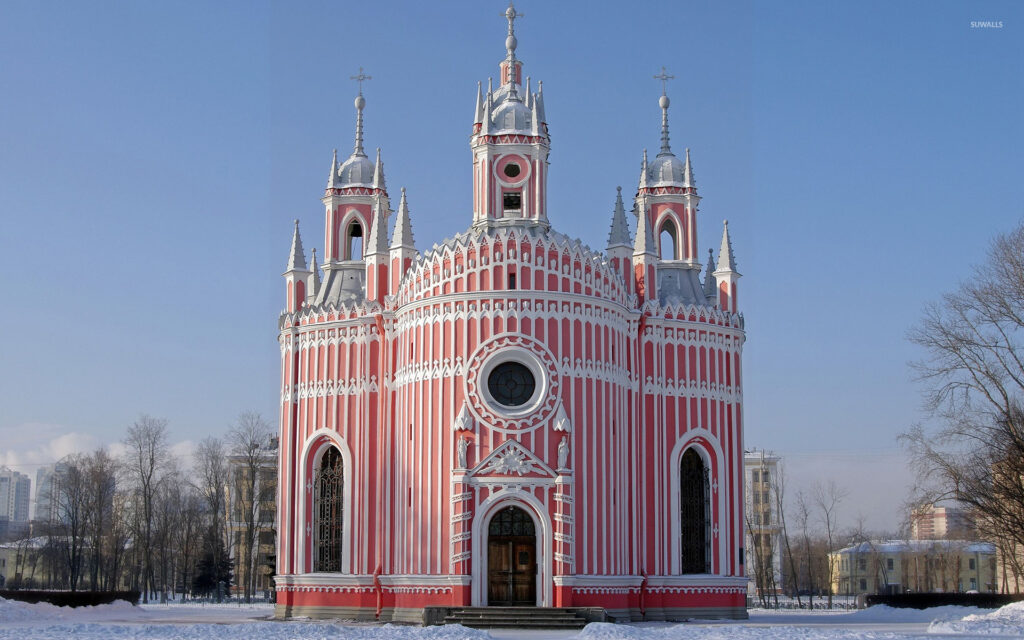 Undoubtedly, Chesme Church is the most unusual church on this list. The appearance of this church is more reminiscent of myths and dreams. The church is located in the south of the city and was built during the reign of Catherine the Great as a church for the Spring Palace, which is located between St. Petersburg and the summer residence of the royal families. This church is also in the style of many Russian churches and was built by a Russian-German architect. The church is in the form of a pink striped cake with five Gothic style domes. The land around the church was used to bury war soldiers. 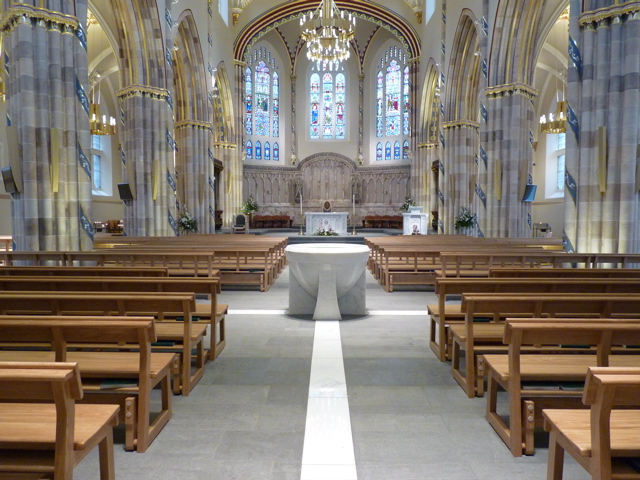 The church was built in 1764 as a replacement for a wooden church on Vasilyevsky Island, dedicated to the Apostle Andrew, whom Peter the Great identified as his patron saint. The exterior of the church is designed in white and cream pink colors and has tall towers. Inside the church there is more to say, all the decoration of the altar is made of pure silver, which weighs 115 kg, and the Holy Bible in this church has a silver frame that weighs 14.5 kg. This church is one of the lesser known buildings in St. Petersburg and usually tourists do not know about its existence and do not visit it because it is far from the city center and it is difficult to find, but if you go to this area, be sure. Visit this beautiful church.

Check out the Trips News on the JourneyBlog.ca : Historic prisons of the world