Discover historic castles, calm temples, and a plethora of flowers in the gorgeous Aichi Prefecture on Japan’s Honshu Island. The Toyota Motor Corporation is headquartered in Aichi Prefecture in Japan’s Chubu Region, which is recognized as a key center of the country’s automobile sector. However, the prefecture provides more than simply a multitude of automobiles; being the midpoint along the old Tokaido road that connected Tokyo and Kyoto, the prefecture offers a wealth of cultural, historical, and heritage options.

Nagoya Castle, Japan’s biggest castle, was erected on the orders of shogun Tokugawa Ieyasu, one of Japan’s three “Great Unifiers.” It is Japan’s biggest keep, having been built in 1615. The castle suffered extensive damage during WWII, and its towers were rebuilt in 1959. If you look up, you may see stunning ceiling paintings in this ornately adorned house of former Tokugawa daimyos (powerful Japanese feudal lords).

On a similar topic, the Aichi Prefecture is home to Japan’s tiniest castle. Spring cherry blossoms may be shot at Inuyama against the picturesque background of Inuyama Castle’s main watchtower, the sole surviving building from the sixteenth-century castle. Inuyama is the smallest and one of the oldest of the 12 castles that still exist in its original form in Japan. Its present keep was constructed in 1537. Though it was built for defense and storage of guns and armour, it is now a tranquil retreat with a view of the Kiso River below.

In Toyota, take a stroll through the cherry and maple blooms

More than 10,000 cherry trees blossom twice a year in the Obara district of Toyota. Red maples, pink cherries, and evergreens make up the unique scene, which features a rainbow of colors and textures. From mid-March to early April, 300 Shiki-zakura cherry trees blossom at Obara Fureai Park and its immediate area, then again from late October to early December. Obara washi, a strong handcrafted paper tradition that dates back to the late fourteenth century, is also made in Obara.

Yoshuin Temple can “cure” your aches and pains.

Yoshuin Temple, a modest, hidden location not far from the Osu Kannon metro station, is located in Nagoya, the capital of the Aichi Prefecture. It’s famous for the Kamihari Jizo, a stone figure of the compassionate bodhisattva wrapped in layers upon layers of paper. According to local mythology, diseases and aches and pains can be relieved by first touching the affected area on one’s own body with a prayer slip, then affixing the paper to Jizo’s body. For ten yen, you may get two prayer slips.

Nagoyans like starting their days with the traditional café “morning service,” which is the breakfast counterpart of happy hour. For a short time each morning, a light breakfast of toast and boiled egg, with the option of a tiny salad and yoghurt, is offered for the price of a cup of coffee in the United Kingdom. Typically, the bread is sliced extremely thick and roasted golden brown. It’s Ogura toast, an East–West fusion that goes back to the 1920s, when it’s topped with a pat of mildly salted butter and a dollop of sweet red-bean jam.

On the islands of Mikawa Bay, find peace in nature

For a respite from the rush and bustle of city exploring, head to the trio of small islands of Sakushima, Himakajima, and Shinojima near the mouth of Mikawa Bay in southern Aichi Prefecture. Mikawa-wan Quasi-National Park encompasses the islands. Sakushima, the largest of the three, may be visited in a couple of hours on foot or by bicycle. Explore the island’s 22 modern art works, including “Hirune House” (The Nap House), “East House,” and “Kamome Chushajo” (literally meaning The Seagull Parking).

Toba Fire Festival is an annual event in Toba, Japan.

The Toba Fire Festival, celebrated every year on the second Sunday in February, culminates Aichi people’ passion for daring boldness and magnificent pyrotechnics. The ceremony, which goes back 1,200 years, determines the harvest’s fate for the next year.

A sacred cork oak seedling is planted in the center of two 5-meter high bamboo and sedge pillars. The pillars are set ablaze at dark, and men who have completed purification ceremonies compete to take down the blazing constructions in order to retrieve the saplings within. It’s a thrilling and spectacular sight to witness.

The Konomiya Naked Festival, which takes place in February, is a different kind of challenge for the male gender than the fire festival. The event, which dates back to 767, features a throng of men dressed in white loincloths and headbands jostling for position in a quest for cleansing. The Naked Festival is known for being rowdy and wild, with plenty of sake flowing, so don’t plan anything too strenuous the next morning.

The February 2021 event has been replaced with a small procession due to the coronavirus epidemic.

At Hii no Sekimon, you may see the dawn

The island of Shinojima is a famous place to view the sunset, but a lesser-known secret is to see the dawn at Hii no Sekimon, a rock formation in the sea at Cape Irago at the point of the Atsumi Peninsula, which is only a short speedboat ride away. The rock was hollowed down over millennia by seismic action 200 million years ago, resulting in a dramatic arc. When viewed from Hii Park, its window is perfectly aligned with the rising sun from late October to January. 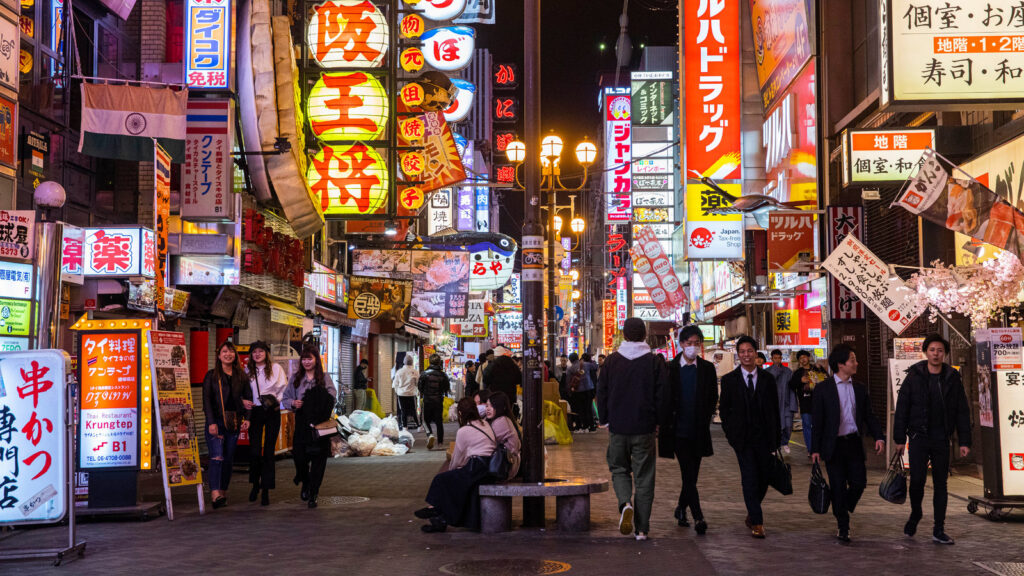 The Aichi Prefecture is no exception to Japan’s foodie paradise. Try the chicken sukiyaki in Aichi, which is prepared with thin slices of Nagoya Cochin chicken, a premium breed valued for its black flesh and deep flavor. The chicken is cooked with veggies in a sweet and savory soy-based broth with sugar and sake before being dipped in egg yolk.